Supporters of Mercy Ships’ Cargo Day turned out in force for a “thank you” Geneva lakeside gala ball. More than

Nor-Shipping teams up with Mercy Ships

Nor-Shipping director Per Martin Tanggaard described the operator of the world’s largest civilian hospital ship as a "lifesaver". 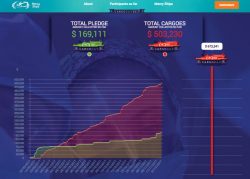 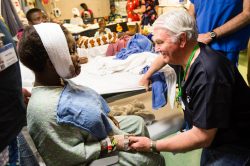 Shipping and trading industry support of Mercy Ships’ Cargo Day has reached $651,400 — double the figure of a year 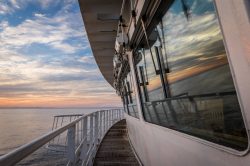 Mercy Ships Cargo Day has $500k in its sights

Very happy to see the result so far, considering the market is weak compared with last year. 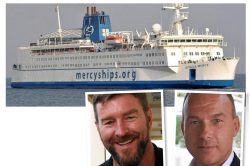 40 companies have so far signed up to participate. By last week, about $40,000 had been pledged, but it is hoped that this figure will soar to at least $640,000, double the amount raised at the inaugural Cargo Day in 2016. Much of this is expected to flow from charterers committing so-called Mercy Cargoes to participating shipbrokers, port agents and inspection companies, which will then donate 50% of their commissions to Mercy Ships.

All hands on deck to ready hospital ship for Cameroon