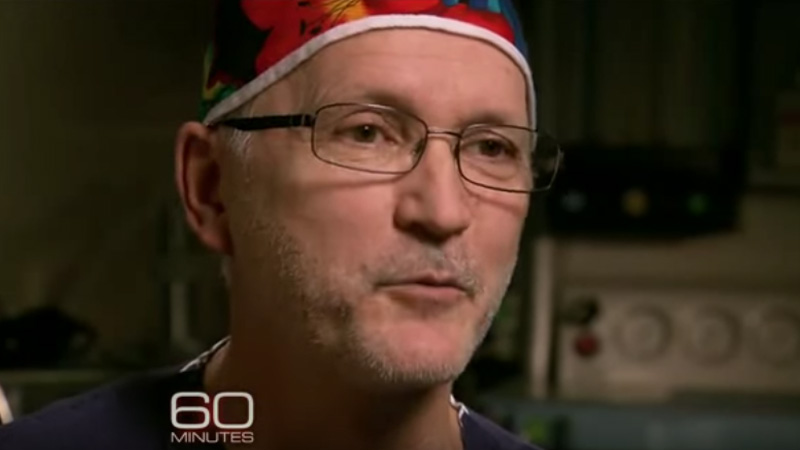 New York, N.Y. “ October 1, 2014 “ The Mercy Ships story was highlighted once again by the CBS 60 Minutes team as they took home the award for Outstanding Feature Story in a News Magazine for their “Africa Mercy” piece. The award was presented at last night’s 35th Annual News and Documentary Emmy Award ceremony.

“Congratulations to the entire CBS 60 Minutes team! No one could have done it better. All of us ” patients, crew, donor “are most grateful for the excellent telling of the Mercy Ships story,” said Mercy Ships President and Founder Don Stephens.

Held by the National Academy of Television Arts & Sciences (NATAS), the News & Documentary Emmy Award were presented at a ceremony at the Frederick P. Rose Hall, Home of Jazz at Lincoln Center, in New York City. CBS 60 Minutes was a big winner, taking home five awards in total.
The event was attended by more than 900 television and news media industry executives, news and documentary producers, and journalists. Emmy Award were presented in 43 categories, including Breaking News, Investigative Reporting, Outstanding Interview, and Best Documentary.

The Africa Mercy story was first featured on CBS 60 Minutes in February 2013.

On September 28th, CBS gave a short Mercy Ships update on the Ebola situation and the selection of Madagascar as the hospital ship’s next destination.

ABOUT MERCY SHIPS:
Mercy Ships uses hospital ships to deliver free, world-class healthcare services, capacity building and sustainable development to those without access in the developing world. Founded in 1978 by Don and Deyon Stephens, Mercy Ships has worked in more than 70 countries providing services valued at more than $1 billion, treating more than 2.5 million direct beneficiaries. Each year Mercy Ships has more than 1,600 volunteers from more than 40 nations. Professionals including surgeons, dentists, nurses, healthcare trainers, teachers, cooks, seamen, engineers, and agriculturalists donate their time and skills to the effort. Mercy Ships seeks to transform individuals and serve nations one at a time. Learn more about what we do.

Press
Back to blog