BELROSE’s John Borrow has devoted much of his working life to being a volunteer and has now been made the captain of the world’s largest independent hospital ship.

He took over the captaincy of Africa Mercy last month in Benin, West Africa.

Africa Mercy is part of the Mercy Ships network of ­hospital ships which deliver free, world-class health care and sustainable development aid to the developing world.

“We provide for people who have lost hope and have no other way of being rescued out of hopelessness,” Captain Borrow said.

“We deal with that in a very direct and purposeful way. It just works.”

Captain Borrow said at one time he was “disillusioned” with his sea career, describing it as a challenging environment. 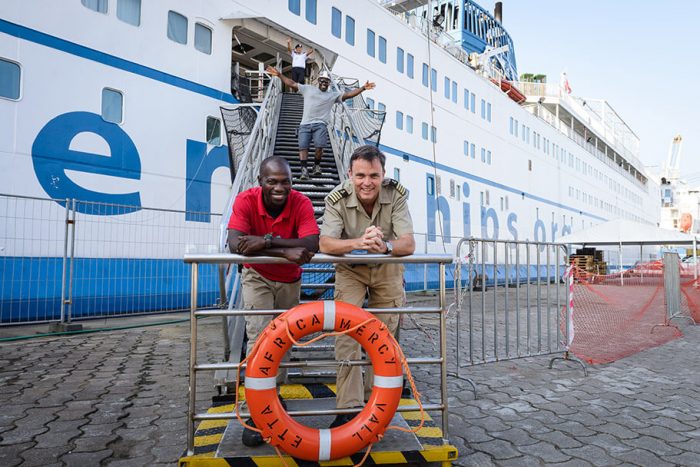 He originally heard about Mercy Ships from a friend and the first time he set foot on Island Mercy, in Newcastle, he realised it was his “calling”.

“I went up to check out the ship and I was pretty excited,” he said. “There are a lot of cool things (about this work) but the biggest thing for me is being able to use my God-given skills.”

He is married to Lee-Anne James, a dietitian, and the couple have two boys, Tim and Sam.