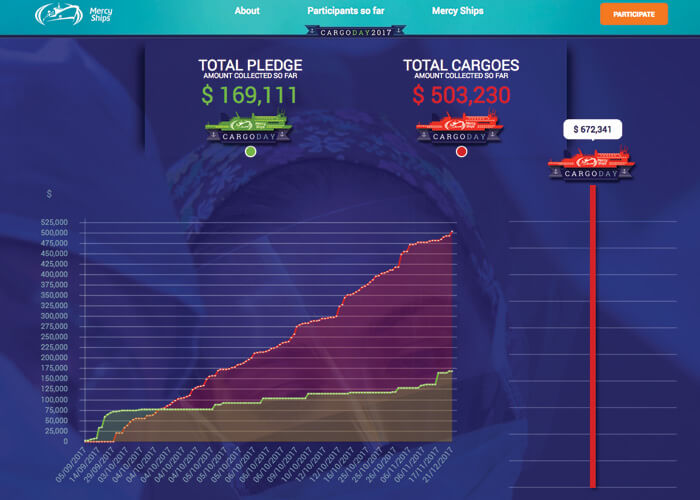 Mercy Ships Cargo Day 2017 has raised a grand total of $672,300.
“Thank you for this wonderful result,” said Corinne Kemp, communications manager for the non-governmental organisation, which operates the world’s largest civilian hospital ship.

The global shipping and trading community rallied behind Cargo Day, which has raised nearly $1m in the two years it has been staged.

About 92 cargoes were committed to brokers and port agents to generate commissions for the charity, which operates the 16,572-gt Africa Mercy (built 1980).

In addition, nine address commissions were given by charterers and shipowners.

The Africa Mercy is on field service in Cameroon, having earlier served in Benin and Madagascar.

A new hospital ship is under construction in China.