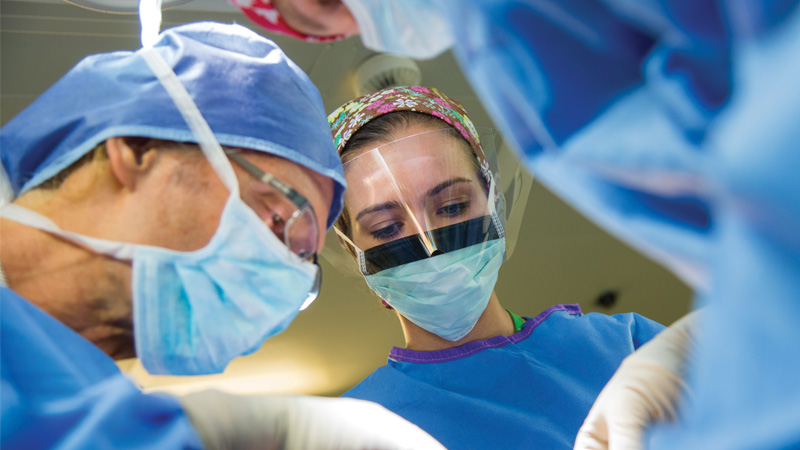 Africa Mercy is the name on the bow of a converted ro-pax but an equally fitting epithet would be â€œServing the Poorest of the Poor.â€

The phrase came from the lips of a key medical volunteer on the former Danish rail ferryÂ Dronning Ingrid which until recently has been serving the people of Madagascar, an island in the India Ocean which, despite its natural beauty and wildlife is one of the worldâ€™s poorest countries.

A great place to visit I thought when the opportunity arose to see doctors and nurses in action on the largest civilian hospital ship in the world.But it turned out to be far more than that.An experience never to be forgotten.

Why?As a journalist of over 40 years I have been to many deprived areas of the globe and wondered why no one seemed to be helping.How was all that money I, and millions of others, donate to charitable causes from our monthly salaries being used?A few days with Mercy Ships and there was the answer.

And that answer is very much encapsulated in a highly skilled surgeon by the name of Gary Parker.Maybe one person should not be singled out but he represents everything that is good about the work of Mercy Ships.In September, â€œDr Garyâ€ marks 30 years of service on the organisationâ€™s hospital ships, during which time he has performed thousands of operations.

He has married and raised his family while serving Mercy Ships and yet is probably one of the most humble people you will ever meet.No doubt he could have chosen a life of affluence had he pursued a private practice in North America or Europe but instead he has devoted his life to helping the â€œpoorest of the poor.â€

Africa Mercyâ€™s 18 months in Tamatave,Â Madagascarâ€™s main sea port, has seen the hospital ship transform the lives of hundreds of people.Transform is no exaggeration because a tumour removal, cleft lip repair or obstetric fistula repair not only brings medical relief but means the patients can return to their villages and be accepted back into their communities.Sadly, a physical deformity or similar in parts of Africa can mean being ostracised.

Two hours spent in one of Africa Mercyâ€™s operating theatres took me back to watching the iconic Hugh Laurie as Dr Gregory House in the American medical drama Dr House but this was the real-life Dr Gary in actionâ€”transforming, and with it her future, the appearance of a young girl with a cleft lip.Most people are too poor in Madagascar to pay for hospital careâ€”a country Mercy Ships tell me has only two physicians and three hospital beds for every 10,000 people.

Dr Gary is just one the many doctors and nurses among the 400 or so multinational volunteers on Africa Mercy who devote sometimes weeks each year, sometimes months or even years to helping the most underprivileged in society.Engine room crew, captain and officers, kitchen and restaurant staff, even a team of divers responsible for checking and cleaning the shipâ€™s hull form part of the floating medical city under the administrative command of managing director Robin MacAlpine who has since 1972 spent his life working for humanitarian organisations.

The next big challenge is when Mercy Ships new, purpose-built vessel, to operate in tandem with Africa Mercy, is delivered from a shipyard in China in a couple of years time.That will require upwards of 600 people to operate and millions of dollars each year in vessel operating costs, funding of support services, and general programmes.Volunteers actually contribute financially towards their keep while on board, often using income from renting out their homes or sponsored by their churches.

TradeWinds has agreed to partner Mercy Ships in its Cargo Day fund raising project organised with shipbroker Barry Rogliano Salles, which has been instrumental in bringing to fruition building of the new ship.The newspaper will also publish an article and photographs of Africa Mercy in Madagascar in the September 23 edition of its quarterly magazine TW+.