The medical charity Mercy Ships is aiming to beat a fund-raising record of $1.3m when the shipping industry donates part of its cargo commissions at an annual event next month.

Cargo Day has raised almost $5m in six years from charterers, ship owners and brokers taking part in the charitable day, this year set for 9 November.

New fund-raising committees are being set up in London and Rotterdam to join Geneva, Houston and Singapore and spark competition between rival shipbroking centres. Last year, the event raised $800,000 with the record total set in 2019.

“The more competition we have, the more money we’re going to raise,” said Cargo Day founder Tim Webb, the global head of tankers for French shipbroker BRS. “With today’s rates, two or three cargoes could easily raise $50,000-$100,000,” he said.

The money will go towards the cost of operating two ships that have been refitted to carry out surgery, clinics and other healthcare work while moored at ports in Africa.

“We are incredibly grateful for the support of these amazing companies, whose dedication allows Mercy Ships to deploy our hospital ships to some of the most impoverished nations in Africa,” said Corinne Kemp, of Mercy Ships. “They bring hope and healing to those in most need.”

A gala event in Geneva last month raised nearly $500,000 from an auction of four replica ships, including the charity’s newest hospital ship, the Global Mercy.

The 37,000-gt Global Mercy (built 2021), the world’s largest civilian hospital ship, will start full operations in Senegal in January. It will replace the charity’s second ship, the 16,572-gt converted rail ferry Africa Mercy (built 1980), which will head to Durban for a refit.

The charity, which has been operating for more than four decades, has worked in 55 countries, using volunteer medics to work on board the two ships.

Bryce Wagner, the charity’s executive director, said the new ship will require a greater push for the funds and volunteer doctors needed to staff the vessels throughout the year.

Tradewinds publication can be seeing here

Largest civilian hospital ship starts full operations in 2023
Mercy Ships marked more than 30 years of service in Africa with a week full of celebrations in Senegal.

2021 Charterer Trophy Winner: Nyala Shipping
Mercy Ships marked more than 30 years of service in Africa with a week full of celebrations in Senegal. 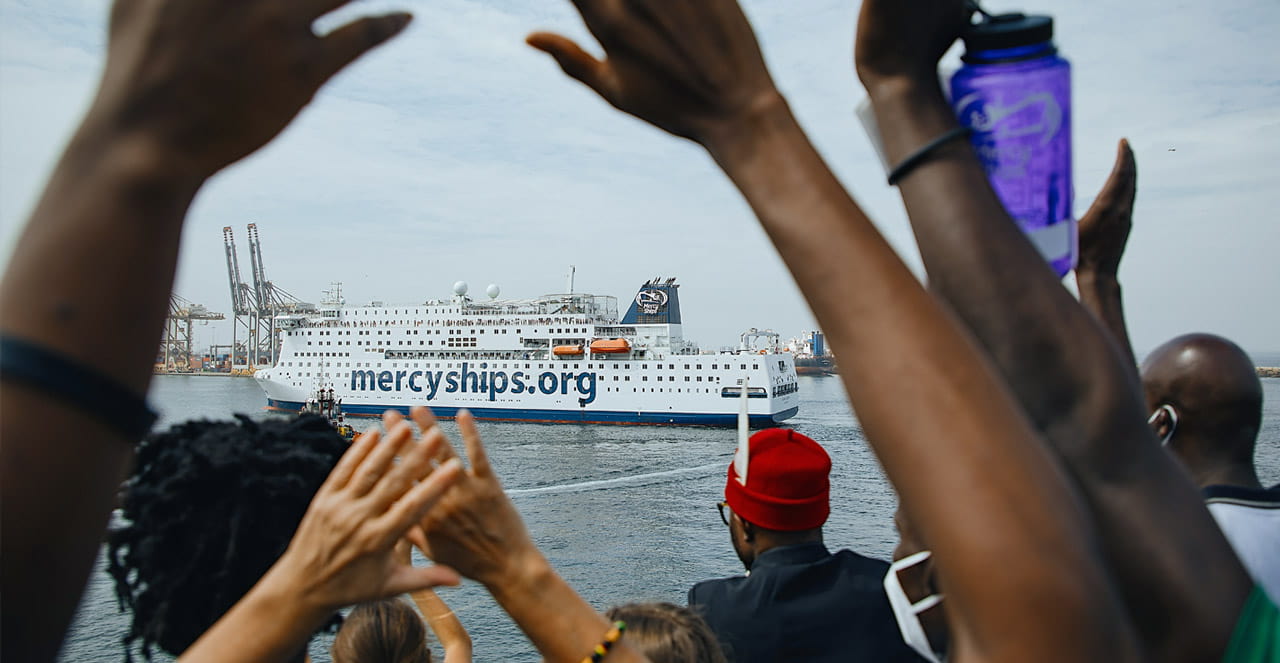