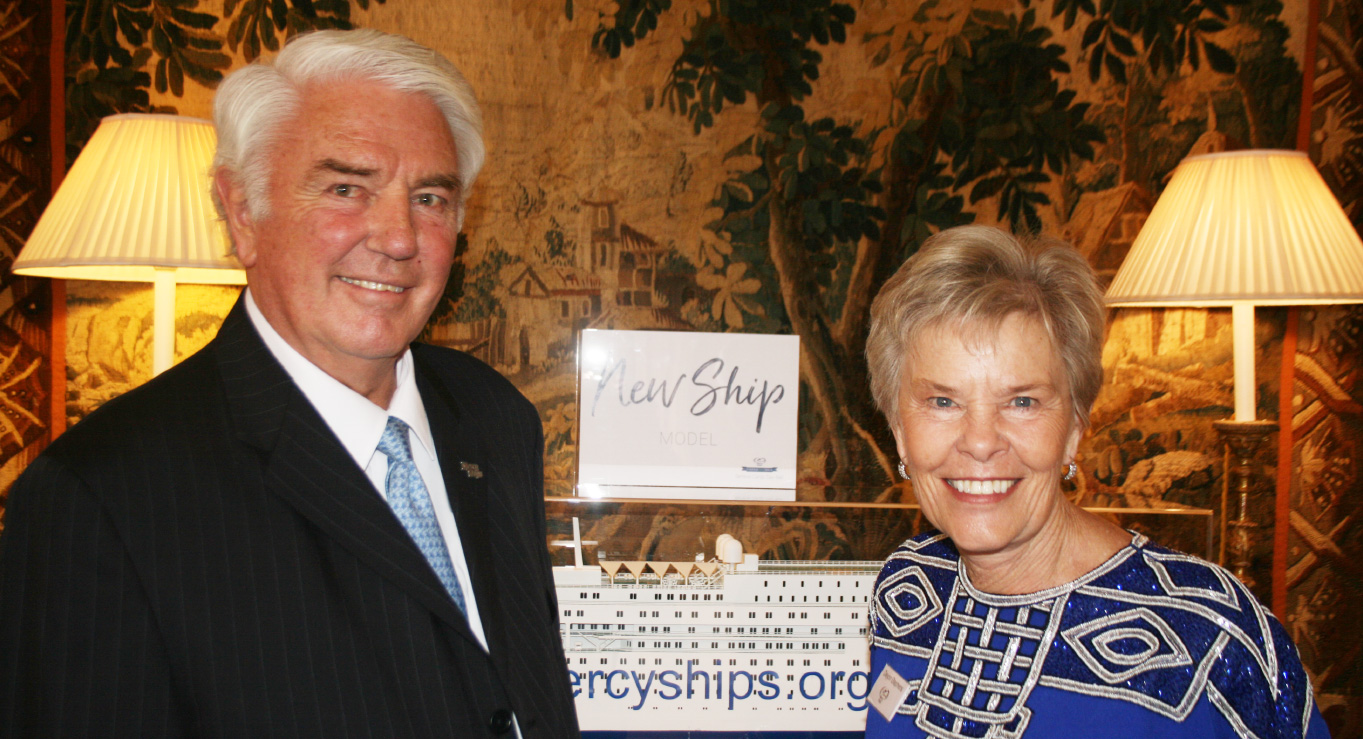 A “brilliant idea” is how he describes Cargo Day, now in its fourth year.

Partnership with the maritime industry can be traced back to the earliest days of Mercy Ships, adds Stephens.

If Cargo Day can achieve its target of raising $1 million this year, such a gift can change lives for many of the poorest billion people on earth, which Mercy Ships focuses on in sub-Sahara Africa.

Those people have limited access to hospitals and surgical care, and where it does exist, they simply can’t afford it.

Among them children who face “incredible challenges” including club foot, bow legs, crossed eyes and are sometimes born blind. Children who may otherwise be outcasts in their communities and have no hope of an education or finding a partner to marry.

The Mercy Ships hospital vessel Africa Mercy serves a continent very familiar especially to the tanker industry, says Stephens, who founded the charity in 1978 with his wife Deyon.

“It is a nice fit, it feels comfortable, the partnership is strong and we, Mercy Ships, are deeply grateful to receive these funds,” he says.

“We can guarantee that donations go directly to those who need it most”.
“We are unique in that we don’t pay any salaries for those on board. As a volunteer organisation people raise their own air fares, and pay for their monthly room and board while they are serving with us.”

The Mercy Ships model brings with it credibility, says Stephens. “Partners can see where the money goes.”

Stephens recounts the important role the maritime industry has played in the charity’s 41-year history.

Brokers in London and Cyprus found its first vessel, the Italian-built, former passenger liner Anastasis (ex-Victoria), which served as for Mercy Ships flagship between 1978 and 2007.

“Our agent in Piraeus organised a reception with all the major Greek shipping families before we departed for Africa and our first field service,” says Stephens.

He highlights especially the contribution of Suisse Atlantic, which helped Mercy Ships with its initial feasibility study.

“I don’t know if we would be in existence today had we not had that very professional, high-level involvement in those early days,” says Stephens.

“The maritime industry has been very much with us all the way through.”

That includes the ordering and building of the future Mercy Ships  state-of-the-art hospital vessel.
“It means we will have two world class hospital ships serving simultaneously in Africa,” he says. “Cargo Day is exactly what we need.”