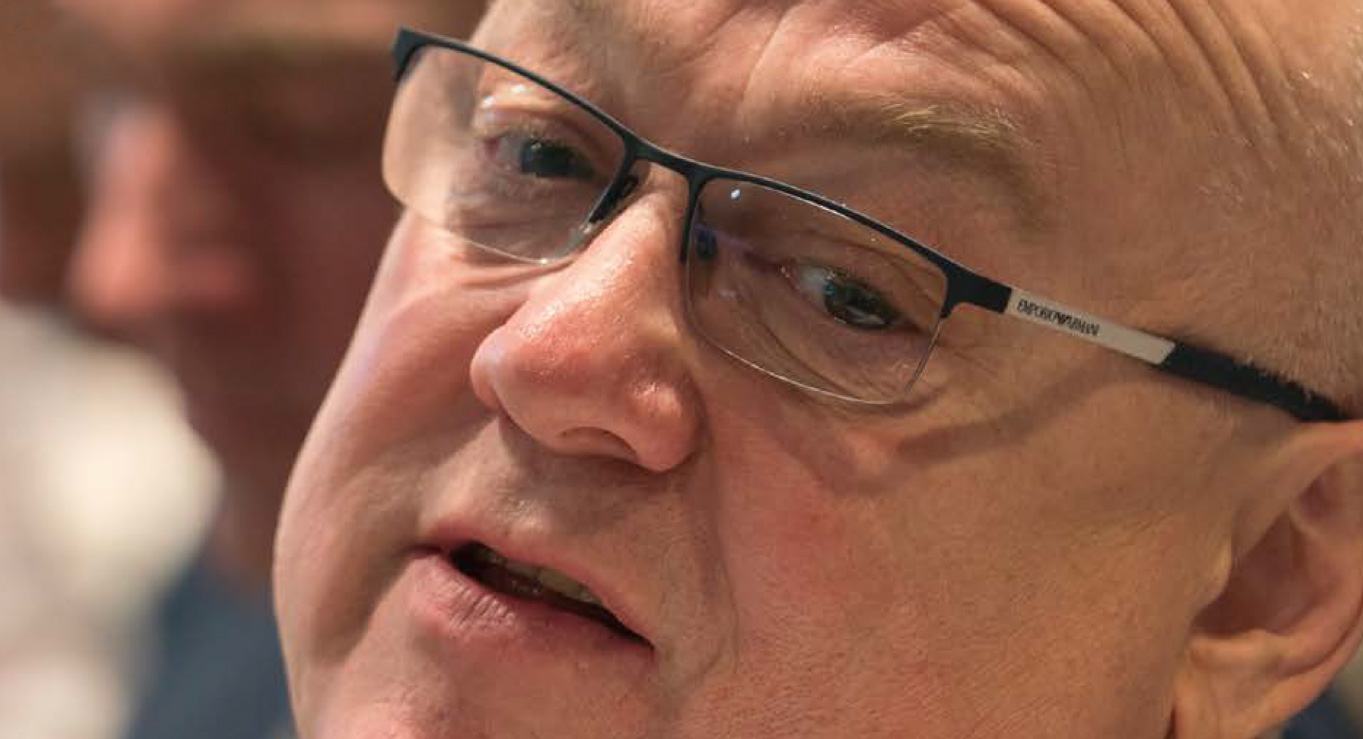 Bob Knight concedes that after years in shipbroking and the current buoyant tanker market it is easy to be preoccupied with sealing the next deal.

It is true of many other professions at a time when 97% of the poorest billion people in the world live in sub-Sahara Africa, where the Africa Mercy is now on field service.
Next year, Knight will join others from the shipping industry in a “Vision” trip to see at first hand medical care provided by the world’s largest civilian hospital vessel in Dakar, Senegal.

The tanker industry is experiencing “an incredibly good time” at the moment, says the London-based chief operating officer-broking of Clarksons.

But it should not be forgotten that elsewhere others are suffering incredible hardship and pain which volunteers on board Africa Mercy work hard to alleviate.

“They are remarkable human beings who I am really looking forward to meeting,” he says. “It will probably be a life-affirming moment.”

Knight was at the Cargo Day Ball in Geneva in May where he collected on behalf of Clarksons the Best Shipbroker 2018 Award for its contribution to the last fund-raising event.

The brokerage does a lot for charity but Mercy Ships is something tangible, says Knight.
“You want to help because you can see and almost touch the good that it does,” he says. “That is attractive not only to me but the company.”

Adds the 58-year-old, who October 3 logged 25 years working for Clarksons, Mercy Ships is a “really special” charity. “I think the industry is embracing it because everybody feels the same.”

The fact a ship is involved also has a certain resonance for the maritime business.

Feedback from others on previous Cargo Day Vision trips indicated that “an incredibly rewarding and uplifting experience” lies ahead.

Knight says he is happy to sacrifice some of his personal time to travel to Senegal. His wife Denise got more from the work she does as director of another charity than from simply donating money.
“Mercy Ships will probably give a sense of perspective to my personal life,” he concludes.

Those working as volunteers, some of whom could probably be very wealthy picking up big salaries in Harley Street or other medical centres, have a “moral compass probably pointing in a better direction than my own,” adds Knight.

“The people working on that ship are remarkable human beings.”