Shipping and trading companies still have the opportunity to contribute to this year’s Mercy Ships fundraising drive and have their logos included in a full-page advertisement in leading industry publication TradeWinds.

Over 80 companies have again supported the annual Cargo Day event and it is hoped that even more will take the opportunity to participate and push higher the total raised so far of around $750,000.

A full-page advertisement in TradeWinds will include names and logos of all companies that have donated. It will be published this week as a big “Thank You” and repeated during January 2022. 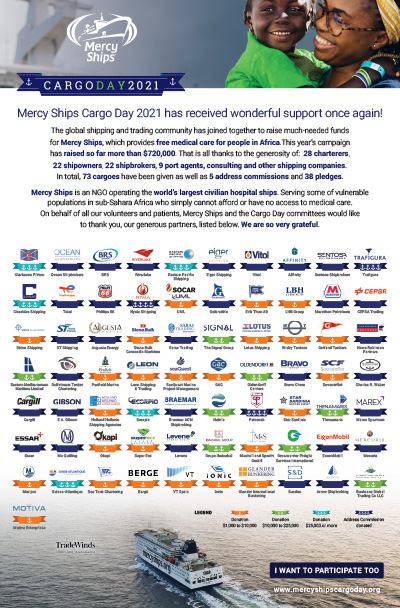 So there is still time to include your company’s logo, if not in the first advertisement then certainly in the second.

Many companies, both large and small, have faithfully supported Cargo Day since it was launched in 2016 to help Mercy Ships provide free surgical and medical care to thousands of people each year in sub-Sahara Africa.

Those patients either have no access to medical care or simply cannot afford the cost. Many suffer for years until Mercy Ships sails into port with its team of volunteer doctors, nurses and many more who not only pay for their airfares to the ship but also board and lodgings.

Mercy Ships currently operates the world’s largest civilian hospital vessel, the 16,572-gt Africa Mercy, which next year will be joined by the newly-built, 37,000-gt Global Mercy.

Those ships cost many millions of dollars each year to operate the various medical and training programmes. Every dollar contributed makes a difference.

If your company would like to be associated with this very worthwhile charity then please log on to mercyshipscargoday.org and follow the guidance on how to donate.

Tradewinds publication can be seeing here (for Tradewinds customer only)

Mercy Cargoes will be accepted until December 31, 2021. 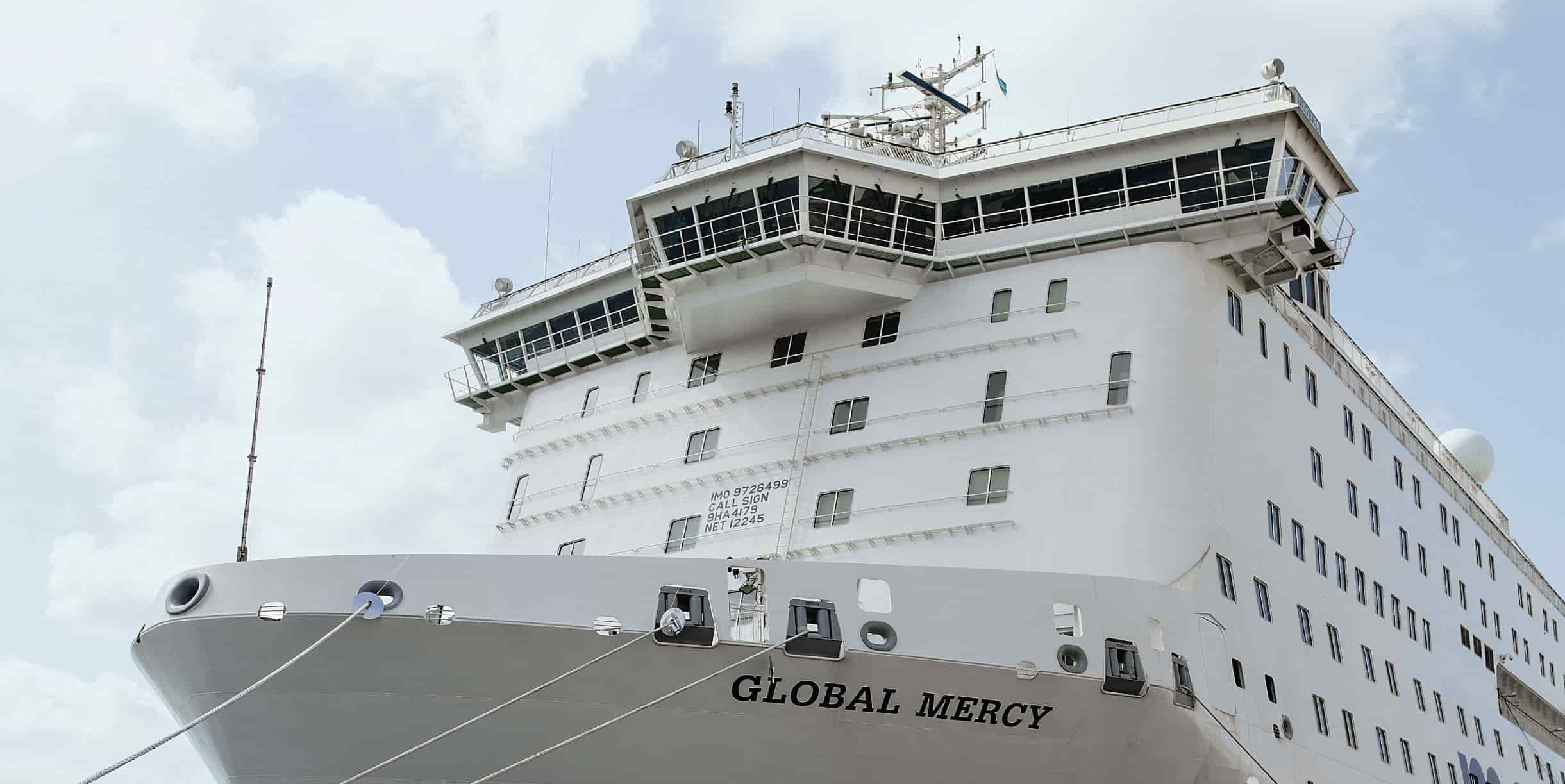