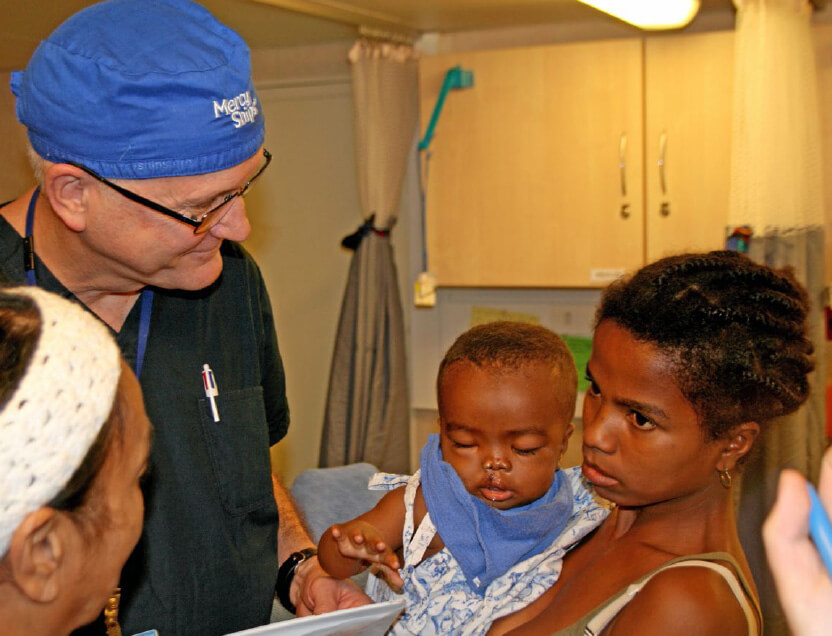 Time has come for the shipping and trading community to rally behind Mercy Ships’ second annual Cargo Day.

After raising more than $300,000 from the first Cargo Day last year, companies are being urged to visit mercyshipscargoday.org and press the button to donate.

It is hoped to double last year’s total and really establish the fund-raising event as a permanent fixture in the shipping calendar. Cargo Day 2017 is on 4 October and TradeWinds is again acting as a partner.

Mercy Ships operates the world’s largest civilian hospital ship, the 16,572-gross-ton Africa Mercy (built 1980), on which around 450 volunteers at any one time provide free medical care to some of the poorest people in the world.

A new vessel is under construction in China for which a further 600-plus volunteers will eventually be needed, ranging from surgeons and nurses to administrators and catering staff.

Charterers including Clearlake, Augusta Energy, Lukoil, Total and Sahara, as well as shipbrokers such as Ocean, TPT, Riverlake and Barry Rogliano Salles, and port agent
Wilhelmsen Ships Service are all lined up to participate.

Ashley Cadwallader of Affinity Shipping in London said: “Having had the chance to participate in last year’s Cargo Day, then seeing the presentation of how far our donations reach, we at Affinity believe that the more entities within our shipping community that can get involved, the better.

“The contribution made versus the benefit to those suffering makes this such a worthwhile cause. When you have captains, surgeons, nurses and others from the UK and across the world working onboard free of charge, we should all try and get behind this incredible charity.”

Mercy Ships says five billion people around the world lack access to safe, affordable surgery and this results in the deaths of more people in low-income countries than HIV/Aids, tuberculosis and malaria combined.

Lee Milligan, executive director of Mercy Ships UK, describes as “amazing” the dozens of companies in the shipping industry that last year raised so much money, “helping to transform the lives of thousands of people in Africa”.

“In just a few clicks, you can be part of an amazing movement in the shipping industry,” Milligan said. “Imagine a world without hospitals, doctors or surgeons.

That’s the reality for millions of people around the world, who either cannot access the medical care they need or simply cannot afford it. Save a life today: stand with us on Cargo Day.”

Charterers can pledge so-called Mercy Cargoes to participating shipbrokers, port agents and inspection companies, which then donate 50% of the commissions made on these cargoes to Mercy Ships. The cargoes can be given on Cargo Day, or the charterer can commit to give a cargo in the following days or weeks. Charterers and shipowners can also make a pledge directly to Mercy Ships.

So if you want to join the companies that have already signed up to participate and help transform lives, start clicking.