Delivery of the new Global Mercy hospital ship will change lives for many of the “poorest of the poor,” says international shipbroker Barry Rogliano Salles (BRS).

Gilbert Walter, managing director of BRS Geneva, says the brokerage is “overjoyed” to witness delivery of the 37,000-gt vessel constructed at the Tianjin Xingang Shipyard in China.

The purpose-built ship became one of the longest newbuilding projects the company has ever been involved in—a journey of 2,741 days from contract signing to delivery.

But the final project is “amazing,” says Walter who many years ago offered to Mercy Ships the services of BRS in finding a shipyard that could build Global Mercy to meet the charity’s budget.

A decision to construct a tailor-made hospital ship was taken in 2008. Three years later, talks began with yards and on December 14 2013 the contract between Mercy Ships and Xingang Shipyard was signed.

“This was the same day that the Chinese spacecraft Chang’e 3 soft landed on the Moon,” recounts Walter.

“I praise everyone that has been involved, not least the on-site team of Mercy Ships in China and, of course, the dedicated workers of Xingang Shipyard that never gave up.”

He adds: “The delivery of Global Mercy is proof that anything can be overcome when the parties trust and respect each other.This is truly Global!”

Walter says everyone looks forward to celebrating delivery of the newbuilding, which will more than double the charity’s capacity, at the next Mercy Ships’ Cargo Day Ball (2022 – date to be confirm).

Cargo Day fundraising is “proof of the solidarity within the international shipping and trading community and how much was can achieve together,” he says.

That community has been a big supporter of Mercy Ships during the past five years, with charterers, shipowners, brokers, ship agents and others raising almost $4 million through the annual Cargo Day.

“We should all be proud and continue this fantastic venture together to bring hope and healing to the world’s forgotten poor,” says Walter. 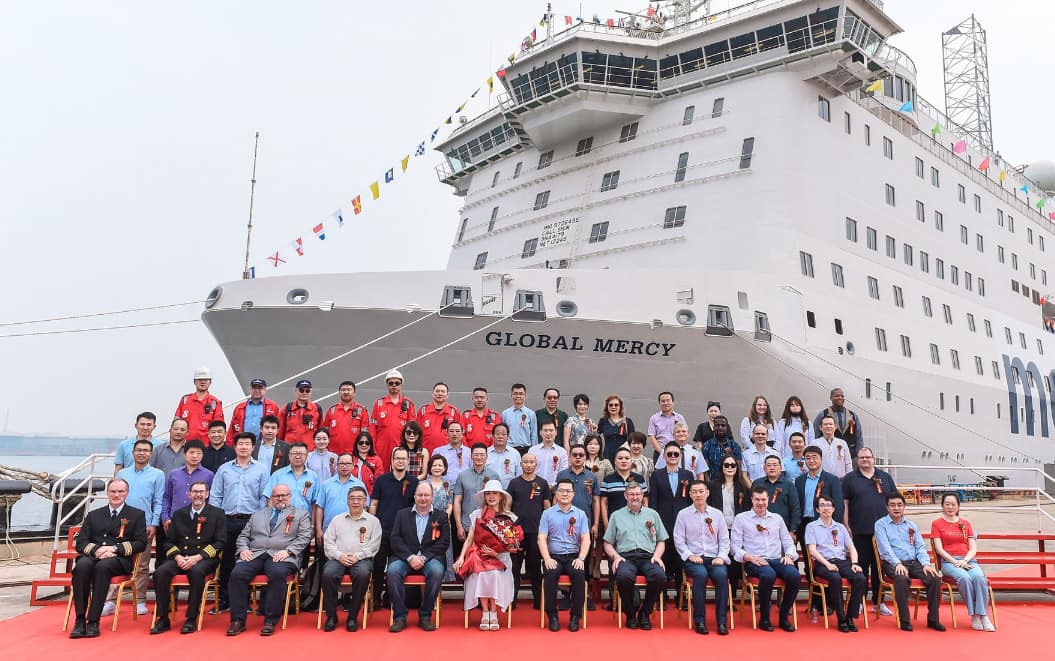 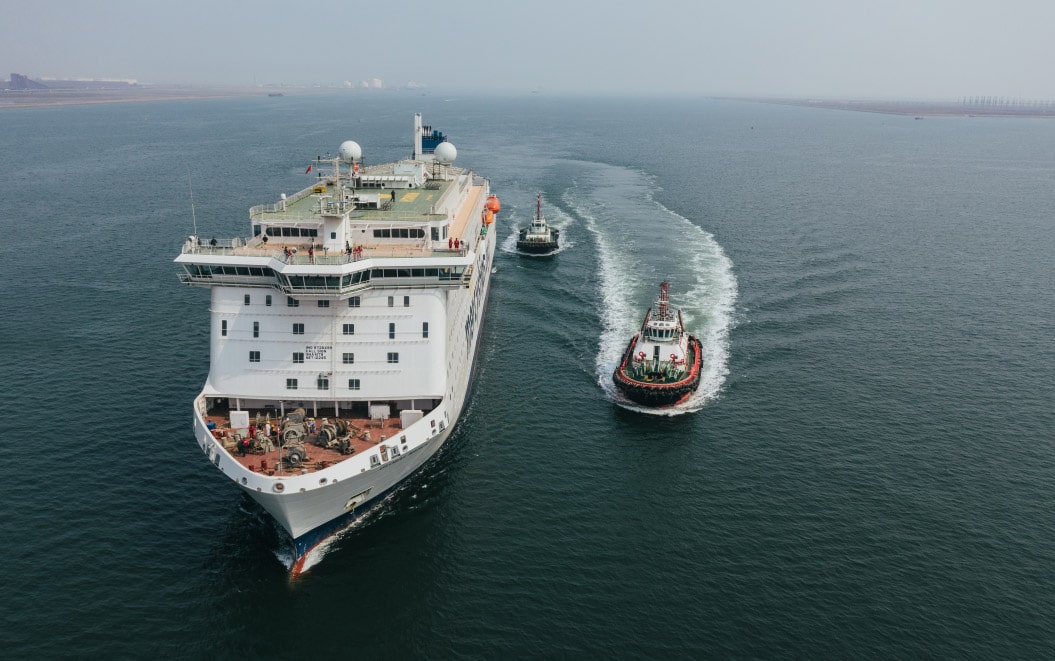 The Global Mercy sailing with tugboats alongside. 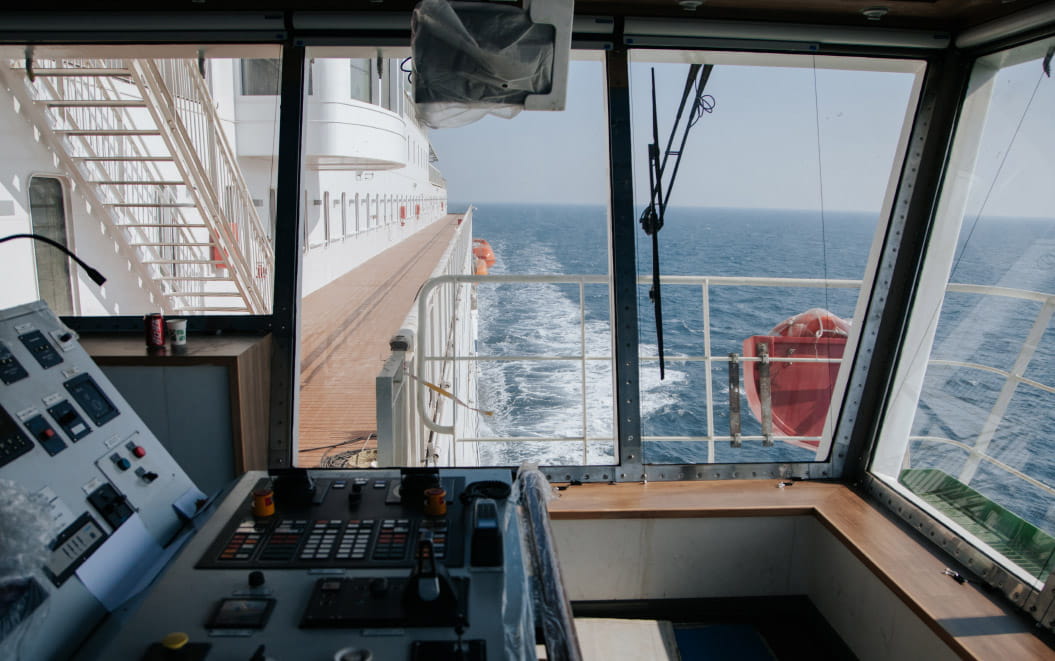 A view from the Bridge during the Global Mercy sea trials. 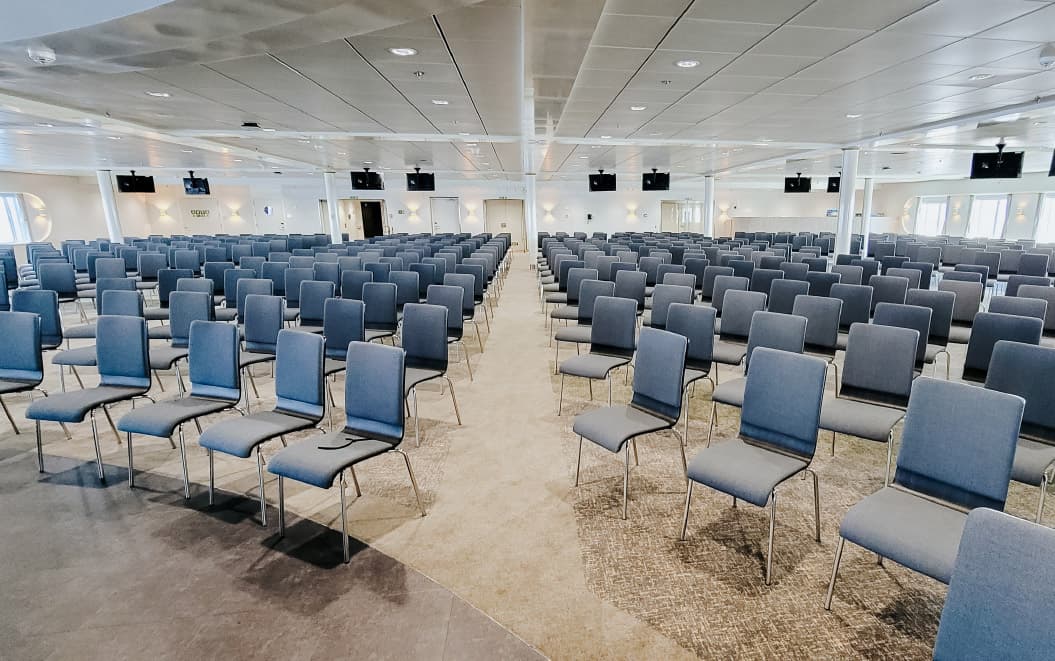 The auditorium onboard the Global Mercy.
Categories
Links
Related articles