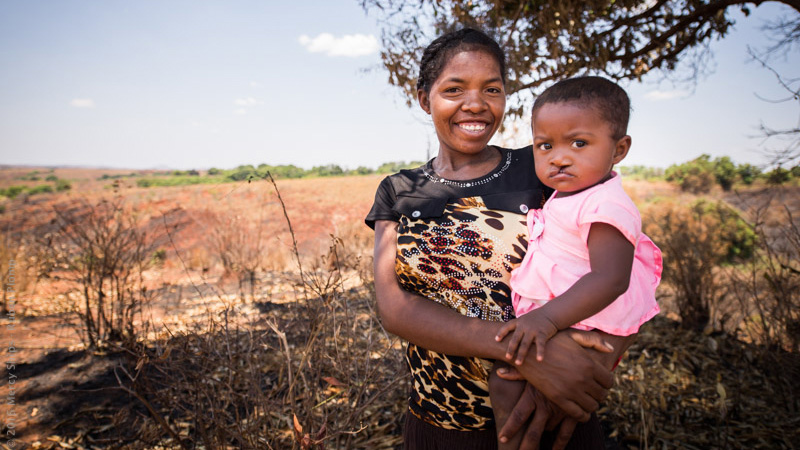 Rosellaâ€™s father watches as a plane bounces down the roughly constructed dirt runway. Landing a plane in this remote region of northwest Madagascar is not an easy task. But it is no more difficult than the fatherâ€™s five-hour journey on foot to reach the makeshift airstrip. As the pilot steps out and secures the lightweight three-passenger aircraft, local villagers continue to gather, curious about the transformation of the passengers that will emerge. But none are as excited as the daddy who has been apart from his wife and one-year-old little girl for the last two months.

The day Rosella was born was both the happiest and saddest day of their lives. They were overjoyed at her birth but were heartbroken by her cleft lip. They had never seen a babyâ€™s lip split all the way up to her nose.

â€œIt has been very difficult,â€ shares Rosellaâ€™s mother. â€œShe is not like the other kids. They donâ€™t have cleft lips.â€

Without specialized medical treatment, Rosella would continue to have difficulty eating as well as struggle to form words properly. And she would no doubt endure the stigma associated with looking different.

Although Rosellaâ€™s parents were simple farmers, they did their best to seek medical help for their baby girl. However, resources were limited, and specialized surgeries were not always available. They took their baby girl to a doctor â€“ a two-day journey. He attempted to stitch the infantâ€™s lip … but without success. Disappointed, Rosellaâ€™s parents put their trust in God, praying that He would provide a solution to heal their child. It wasnâ€™t long before a solution presented itself.

The foreigners were the all-volunteer crew onboard the Africa Mercy, the worldâ€™s largest private hospital ship, committed to bringing specialized surgeries to the worldâ€™s forgotten poor. In partnership with Mission Aviation Fellowship, a non-profit organization that provides low-cost air travel, Mercy Ships was able to transport Rosella and her mother to the ship â€“ a two-hour flight that would have taken days on foot and by car. Mercy Ships volunteer surgeons performed a successful cleft lip repair on Rosella. After she made a full recovery, she was ready to return home to her papa and show everyone her new lip.

When Rosella and her mother step off the plane, Rosellaâ€™s father sees what he has hoped for the most during his daughterâ€™s first year of life â€“ to see her lips fully healed and restored. He greets
both of his girls with a smile before taking his baby girl in his arms and examining her new lip with delight. In a simple act of mercy, hope was restored to Rosellaâ€™s parents, who had no other way to provide medical care for their daughter. Hopefully, one day, with her lips that can now form words like theyâ€™re supposed to, Rosella will tell others about that hope.